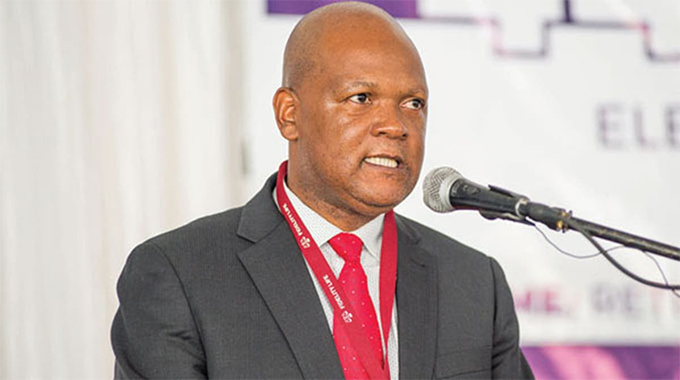 ZSE chief executive Justin Bgoni said in a statement the halt in the trading in Lafarge shares was with effect from December 23, 2022, until further notice.

Businessman Kudakwashe Tagwireyi, who is reportedly linked to Fossil Mines, was also added to the sanctions list.

The Zimbabwe Stock Exchange-listed cement maker said it was pursuing various courses of action to protect the business and interests of all stakeholders as well as maintain viability.

“The board of directors of Lafarge Cement Zimbabwe Limited would like to inform shareholders and stakeholders of the company that certain persons and companies linked to the majority shareholder Fossil Mines (Private) Limited were placed under targeted economic sanctions by the United States of America’s Office of Foreign Assets Control (OFAC),” said Lafarge acting company secretary Arnold Chikazhe.

The group has guaranteed the market of adequate product supply at a time the country has seen growth in the implementation of major infrastructure projects across sectors, both by the Government and the private sector.

“The board and management would like to assure all stakeholders that measures are being taken to ensure business operations continue to run smoothly.

“The company does not anticipate any disruptions in the supply of the much-needed products to the construction and infrastructure sectors of Zimbabwe’s economy,” he said.

Meanwhile, the ZSE has recently halted trading in Lafarge shares pending the issuance of a full announcement on the takeover by Fossil Mines.

ZSE chief executive Justin Bgoni said in a statement the halt in the trading in Lafarge shares was with effect from December 23, 2022, until further notice.

“Following the execution of a Sale and Purchase Agreement between Associated International Cement Limited and Fossil Mines (Private) Limited for a 76,45 percent shareholding in Lafarge, there has been material developments in the sphere of activity of Lafarge.

“The full impact of these developments are still being assessed and Lafarge will issue a detailed announcement to that effect. In the interim, the ZSE will proceed to halt trading in the shares of Lafarge until the issuance of a full announcement by Lafarge Cement Zimbabwe Limited.

“Investors will not be able to buy or sell Lafarge shares during the period the Securities Halt is in effect,” said Mr Bgoni.

In June this year, Fossil Mines entered into a binding agreement to buy 76,45 percent shares in Lafarge, owned by Holcim Group of Switzerland through its subsidiary, Associated International Cement Limited in a deal worth US$29,3 million.

The takeover of Lafarge by Fossil entails that the cement manufacturer would remain a listed business and recapitalise it to increase output by the manufacturing concern.

Lafarge is already upbeat about doubling its production volumes next year after its Vertical Cement Mill (VCM) becomes operational during the fourth quarter of this current financial year.

Chairman Kumbirai Katsande said this will position the group on its growth path while it further consolidates its market share.

“The commissioning process of the new VCM started in Q2 2022. The Company will essentially double its cement production capacity and improve raw material availability to the new DMO plant (Dry Mortar Operations).

“The launch of the new VCM will reposition the company on a growth path into the future. This will have a positive effect on the company’s revenue generation and profitability,” he said in a performance update for the half year to June 30, 2022.