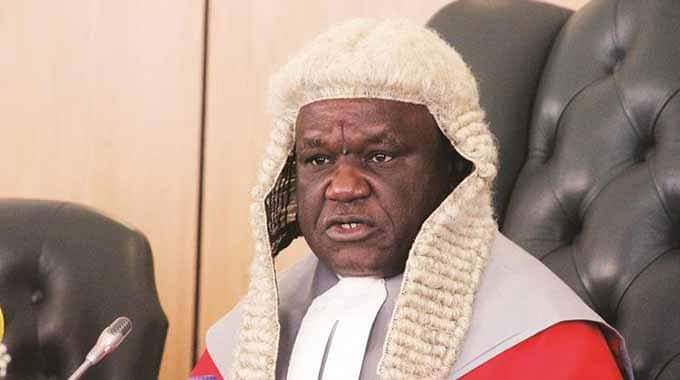 HARARE (Reuters) – Zimbabwe’s President Emmerson Mnangagwa has extended the tenure of the chief justice by five years following contentious changes to the constitution that allowed for the extension and are being challenged in court by lawyers.Chief Justice Luke Malaba had been due to retire on Saturday when he turns 70, but Mnangagwa’s ruling ZANU-PF party used its majority in parliament to amend the constitution, allowing the president to extend the retirement age of senior judges to 75 years if they proved they were in good health.

In a statement, the chief secretary to the cabinet said Mnangagwa had accepted a medical report from Malaba, which showed the top judge had the “mental and physical fitness to continue in that office”.

But lawyers and the opposition say the amendment that allowed Malaba to continue in office and empower Mnangagwa to appoint judges of the Constitutional and Supreme Courts rather than go through public interviews was a violation of the country’s charter.

They argue that under the constitution, changes to term limits require a referendum and that incumbents do not benefit from such changes. But the government says it only changed the retirement age and so did not breach the supreme law.

The High Court will on Friday hear preliminary arguments in the case before confirming a date for a full hearing.

In court papers, the lawyers have cited the justice minister, Malaba and all the 16 judges of the Constitutional and Supreme Court as respondents in the case. The judges oppose the court challenge.

Some legal experts say Zimbabwe could be heading towards a constitutional crisis. If the High Court dismisses the case and the lawyers appeal, they will have to face the very same judges they have cited in their court challenge.