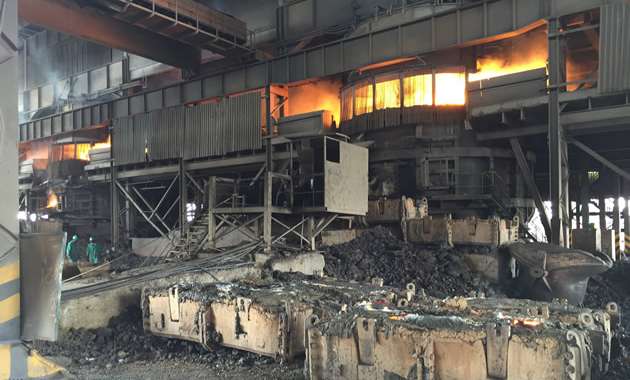 Zimasco has resumed ferrochrome production after having suspended production for seven months at its plants  following a rise in global prices due to the coronavirus.

The challenges were compounded by internal factors including high operating costs that made running of the furnaces unviable.

Covid-19 surfaced in late 2019 in China and became a full-blown crisis worldwide. Almost every country declared national emergencies to combat the spread of the disease which has so far infected 51,5 million people and killed 1,27 million.

Beyond its impact on human health, the coronavirus disrupted an interconnected world economy through global value chains, which accounts for nearly half of global trade.

Zimasco spokesperson Ms Clara Sadomba said the company switched on its two furnaces early last month for the first time since March this year and is operating at an average capacity of 6 000 tonnes per month.

Zimasco has five furnaces and three of these are being leased to Portnex.

“We have started running at 100 percent capacity at our East Plant and this was since March after production was distributed as a result of coronavirus,” said Ms Sadomba.

She, however, said ferrochrome demand would remain subdued, especially in Europe as a result of the second wave of Covid-19.

In China, demand is relatively strong.

“We had anticipated that Europe had started recovering from the effects of Covid-19 but with the second wave, we don’t know how good the recovery will be,” said Ms Sadomba.

Zimbabwe has more than 10 ferrochrome producers and only three, AfroChine and JinAn and Zimasco are operating.

Other companies such as South Africa’s Portnex, which was leasing the western section of Zimasco’s Kwekwe plant have kept their units offline.

Ms Sadomba said Covid-19 has delayed construction of new furnaces in Mberengwa. Zimasco intends to build a 4 x 16,5 MVA ferrochrome smelting complex with a capacity to produce 140 000 tonnes of ferrochrome.

The project is a joint venture with Afrochine Smelting.

The company is looking at building a sixth furnace at the Kwekwe smelter with capacity to produce 55 000 tonnes.

Zimasco was targeting to start construction of the furnaces this year and the first unit was set to be commissioned next year, followed by the commissioning of two more in 2022 and the fourth in 2023.

Priority was to be given to commissioning the Neta complex ahead of the Kwekwe furnaces as they are situated at the ore source and will be more cost effective to operate.

Zimasco’s Kwekwe smelter has an operational capacity of 180 000 tonnes of ferrochrome per annum.