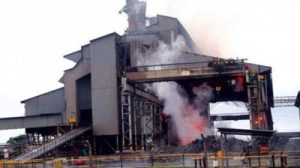 Sino-Steel-owned Zimbabwe Alloy and Steel Company (Zimasco) has evicted its workers at the Shurugwi plant from company houses over unpaid rentals.

Southern Eye has gathered that about 15 families, a majority of them aged pensioners of the Chinese-owned company awaiting long service packages, were kicked out last week.

Sources said the company sought the services of a Gweru-based law firm, Danziger and Partners, to issue the desperate workers with eviction letters before kicking them out of the houses.

“As I speak, I am staying in the open with nowhere to go because I do not have any money to seek alternative accommodation,” one of the evicted workers said.

“We are owed by the company. I returned from my routine medical check-up at a public hospital to find my belongings scattered outside the house which had been locked out by the authorities.”

Another aged evicted worker fumed: “The reason they are giving for our evictions is rental arrears because we were supposed to be paying for the houses after being laid off.

“We are realising we have been targeted politically because some people with bigger arrears were left out during the evictions. Only avid supporters of MDC have been kicked out.”
Zimasco spokesperson Clara Sadomba refused to comment yesterday.

“I am at a funeral, so right now, I cannot talk about anything. You will have to send your questions in writing then I will respond,” she said.
However, after being furnished with the questions, she did not respond.