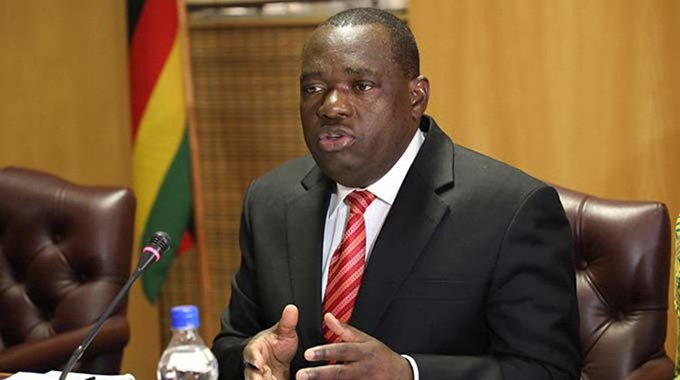 Political Editor
THE United States says it is ready to open its doors for Zimbabwe to have an investment fair to attract investors, a direct positive consequence of President Mnangagwa re-engagement initiative.

This comes as Foreign Affairs and International Trade Minister Dr Sibusiso Moyo called upon the US not to ignore reforms that the Second Republic has implemented in the past few years leading to economic rejuvenation.

In a virtual meeting on the sidelines of the ongoing United Nations General Assembly debate, Dr Moyo told the US Assistant Secretary, Bureau of African Affairs, Ambassador Tibor Nagy that Washington should not judge Harare harshly.

“The important thing, I think, is that we keep the dialogue going, that we try to avoid diplomacy via the media and that we try to rebuild the kind of relationship we enjoyed in the 1980s and 1990s. I firmly believe that this would be in the best interests of both Zimbabwe and the United States”.

The Minister said Zimbabwe and the US have never been far apart and therefore there is scope for working together as there are several areas of convergence.

“We are not and have not been that far apart and, in some important areas, our interests are currently converging more and more. I speak of trade and investment flows and our strong desire, as Zimbabwe, to encourage both enhanced trade with the United States,” said Dr Moyo.

He added that even as Zimbabwe opens its doors to investment from individual companies across the globe, one recurring concern is the country’s risk profile that has been created by the continued existence of the illegal economic sanctions.

Dr Moyo said Zimbabwe has entered into deals with some major US entities such as the US$50 million deal with John Deere.

The Minister said the decision to award a multi-million dollar Batoka Gorge Hydro-Electric project to a joint venture arrangement between the US GEC and China Power is another positive sign of cooperation between the two countries.

Apart from that several US companies have also expressed interest in establishing a Health Galaxy operation near Mt Hampden, which is the site for the new capital city.

“Zimbabwe is very open to inward US investment and enhanced trade with the US, in fact we are openly encouraging it,” he said.

On his party, Ambassador Nagy said Zimbabwe has the potential to become a middle class economy by 2030 and that the US is ready to provide a platform for the country to woo American investors.

“If I could work with your embassy to organise an investment fair in the United States for Zimbabwe, I had a call with our embassies in Africa and we discussed how we can improve the US investment in Africa, both as a way of helping companies recover from Covid-19 economic impact, but also as a long term plan of giving the young people in Africa opportunities, we are very much united in that and I would like to become a cheerleader for Zimbabwe, with American businesses.

“Zimbabwe, for me, of all the countries in Africa has the greatest potential to move very quickly to middle income status, I recognise the courage it takes for you to move on the land reform,” said Ambassador Nagy.

Zim is a global museum: Mnangagwa

Mr President, even a husband who makes excuses for failing his family soon finds himself with divorce papers