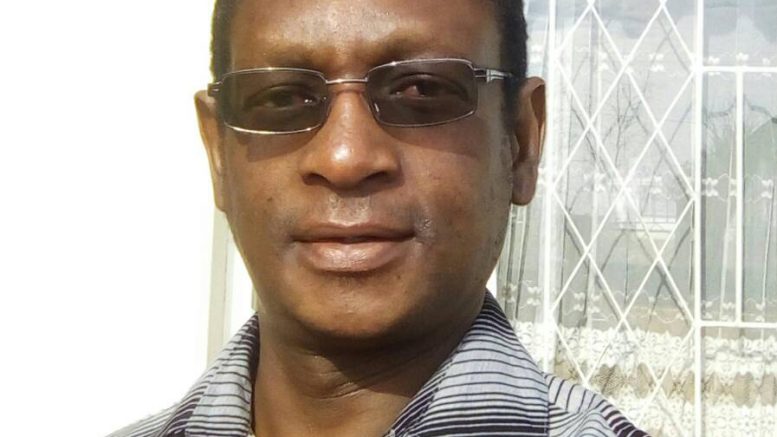 Not surprisingly, the disgracefully lopsided and seriously flawed propaganda piece flighted by the state-controlled ZTV (Zimbabwe Television), on the Citizens Coalition for Change (CCC) Star Rally, held yesterday February 20, 2022 – a report fraught with unimaginable lies and deceit – has attracted the furore and utter disgust of Zimbabweans.

Source: ZBC has historically always been tool of oppression which never spoke for suffering majority – The Zimbabwean Indeed, this outright nonsense – which the broadcaster shamefully paraded as a work of journalism – was shocking to say the least, as I personally watched it.

However, there was nothing particularly surprising, since such has been the norm and custom of this establishment, that has a tainted and sordid past.

Since its launching on November 14, 1960, in the then Salisbury (as Rhodesia Television Company, and initially owned by Argus Newspapers, and Davenport and Meyer), never has this station been the voice for the subjugated majority – as its main purpose was always to justify oppression, and defend oppressors.

That is why, even 42 years after the country attained independence from Britain on April 18, 1980 – and, the broadcaster also changed its name in line with the “new” country into ZTV, under the Zimbabwe Broadcasting Corporation – the station has disgustingly continued on the same contemptible path of 62 years ago.

The main reason for this is that, at independence, the new ZANU PF rulers never embarked on any genuine policies in transforming former colonial systems of oppression – as, it became clear that they had every intention of using these for repressive and tyrannical purposes against ordinary Zimbabweans.

Just as its predecessor, RTV, was largely a mouthpiece for propaganda and wholesale deception for those in power – ZTV/ZBC has persisted on this unholy alliance with the ruling elite against the majority.

In fact, I can dare say, RTV was much better – because, it maintained its honor and loyalty to the white population (not just those in government or ruling party of the time) – as, in that respect, it played a non-partisan, fair, and impartial media function.

Yet, ZTV/ZBC has never served the interests of black Zimbabweans – but, had been reduced to a mere propaganda desk in the ruling ZANU PF party, and acting as a weapon of attack towards other black political parties.

This is in stark contast to our southern counterparts – the SABC (South African Broadcasting Corporation), which was established in 1936, and introduced a television station in 1976 (16 years after ZTV) – which swiftly transformeed (at the onset of democracy in 1994) from a disdained weapon of apartheid, into the proud and inspiring news organization that is has become today.

Anyone watching SABC News can not help being filled with a tinge of envy, at how other countries – which attained their independence years after our own – could so easily and commendably change into epitomes of public broadcasting, that speak for the ordinary folk, as well as boldly and uncompromisingly holding those in power accountable.

A far cry from the sick and sickening circus we witness in Zimbabwe.

That is why, despite the tens of thousands who thronged Zimbabwe Grounds yesterday, for the CCC Star Rally – ZTV/ZBC opted to up its lying gears to the most notoriously despicable and repulsive levels, by not only portraying the attendance to have been meagre, but also that the party’s leader, Nelson Chamisa, had advocated violence and anarchy.

Of course, for most of us who actually followed the address, nothing of the sort was ever uttered.

Let those who choose to act ignorant of the Constitution of Zimbabwe – the sacred supreme law of the country – be reminded that, protesting on the streets is enshrined as an unalienable right.

If previous regrettable violent protests are to be used by the regime to ban any further demonstrations – then, the government needs to come out in the open, and unambiguously inform the nation (and, the world).

Otherwise, constantly equating the call for street protests with incitement of violence, is both mischievous, and a troubling sign of a regime that has completely lost its democratic moral compass…if ever it had one, in the first place.

Motor vehicles have been involved in numerous fatal accidents – that witnessed the tragic and painful needless loss of countless lives – however, that has never served as justification for the banning of cars and buses on our roads.

No one can ever claim that someone planning to buy a car, is actually intending to kill people.

Yet, that is the same senseless and depraved logic behind ZTV/ZBC accusations towards Chamisa and his party.

Furthermore, the state-controlled broadcaster went as fas as berating Chamisa for speaking up for teachers, who have been struggling for a decent  living wage for the past three years – as their salary (around US$540 per month) before October 2018 has all been wiped out, after the ill-considered reintroduction of the ever-depreciating useless local currency.

In the 1960s and 70s, liberation struggle cadres, and villagers who actively supported the cause of Uhuru, were described as terrorists by this same broadcaster – so, it is obvious that nothing much has changed over the past six decades.

In fact, the capture, torture, and even heinous killing of such combatants and their supporters, was always hailed as a huge success.

Needless to say, today, as Zimbabweans groan under an even more barbaric and heinous regime – the state-controlled broadcaster never ceases to demean and disparage those who speak the language of the poor and oppressed, but actually celebrates the continued suffering of the majority.

Times have not changed since November 14, 1960 – as a matter of fact, the situation has only worsened for the majority.