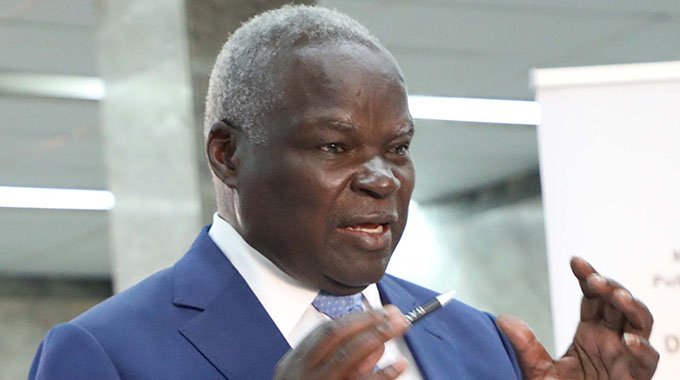 Midlands Correspondent
THE Zanu-PF Midlands Province election directorate on Friday received curriculum vitaes (CVs) from prospective candidates for three by-elections to fill seats that are up for grabs.

The primary elections for Kwekwe Central and Mkoba constituencies are going to be held today while the one to choose the party representative in the council election will be held anytime this week. The CVs were handed over to the provincial election directorate led by party chair Engineer Daniel Mackenzie Ncube during a provincial executive meeting that was held at the ruling party’s Winery Convention Centre.

For the ward seat in Mberengwa the candidates who presented their CVs were Cdes Malibongwe Zhou, Vusani Ndlovu, Pedzisai Zhou, Timirirashe Shumba, Panic Ngwenya and Ozia Maphosa. The seat fell vacant following the death of councillor, Torai Matutu two weeks ago.
Zanu-PF Midlands spokesperson, Cde Cornelius Mupereri said the party was going ahead with the primary elections for candidates to represent the party as and when the Zimbabwe Electoral Commission (Zec) would call for the by-elections.

“As the Midlands provincial executive, we had an elections directorate and we received CVs for by-elections from the candidates intending to represent the party in the elections,” he said.

Politburo Member, Cde Samuel Mumbengegwi said the primary elections to choose party candidates in the coming by-elections were a good thing in a democratic party.

“We all want to be in leadership positions but it’s not possible. We all have roles to play and we must put the party first. Elections must not breed enemies among us. This is not a matter of life and death,” he said.

Another Politburo member Cde July Moyo said while Cabinet has postponed by-elections indefinitely because of Covid-19, the ruling party should just prepare so that there is a single candidate for each of the vacancies who will be supported by everyone.

He said there is a need for proper vetting and checking of aspiring candidates before Zec announces new dates for elections.

His comments are coming amid indications that Cde Ncube is allegedly not registered in Kwekwe Central but in Mbizo Constituency. However, he has the backing of some party leadership in Kwekwe who are accused of always imposing friends and relatives at the expense of the party.

“The candidate must be registered in the said constituency he wants to stand for the party, he must be a voter. So, you must properly check if one is in the constituency, is he in the party structures and that should reflect or match the cell and voters’ roll. We don’t want chaos,” said Cde Moyo who is also the Minister of Local Government and Public Works.

“Today we have received the CVs but it’s not a done deal, we are going to process, vet the candidates.”

Eng Ncube said the CVs will be sent to the national commissariat for further vetting.

He, however, called for peace and tolerance among aspiring candidates for the benefit of the party.

“We need to work together for the growth of the party. We don’t want disunity, we don’t want these primary elections to divide us. We must put the party first, put President Mnangagwa first,” he said.