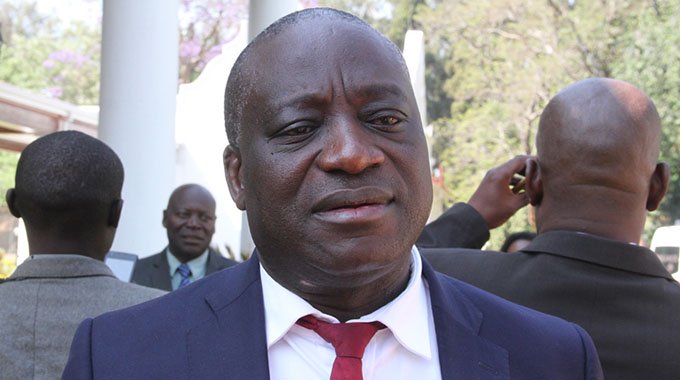 A FIERCE row has erupted between the Zimbabwe Anti-Corruption Commission (Zacc) and the Special Anti-Corruption Unit (Sacu) over the manner in which investigations are being handled, relating to allegations of how Health deputy minister John Mangwiro unprocedurally awarded a US$6 million tender to Young Health Care.

The Zimbabwe Independent can reveal that President Emmerson Mnangagwa has thrown his full weight behind the ongoing probe through Sacu, which has exerted pressure on Zacc to swiftly finalise a docket against Mangwiro.

Sacu is housed in Mnangagwa’s office.

At the heart of the probe, which can potentially claim Mangwiro’s scalp, is dissonance between the anti-graft bodies over the perceived selective application of justice, nearly five months after former Health minister Obadiah Moyo was arrested and subsequently booted from government on similar charges.

Moyo, who is due to stand trial on January 11, is facing allegations of influencing Natpharm to illegally award a US$60 million tender for the procurement of Covid-19 consumables to Drax International.

This week, Mangwiro, who doubles up as Vice-President Constantino Chiwenga’s personal physician, was summoned by Zacc and a warned and cautioned statement was recorded from him, reportedly at the instigation of Sacu.

Sources close to the high-profile probe this week said Zacc sprang to action to finalise Mangwiro’s docket under pressure from Mnangagwa’s office.

The charges facing Mangwiro and Moyo, associated with their conduct at the Health ministry, cast light on the widening fissures between Mnangagwa and Chiwenga, with competing strategies on tackling corruption being used by the strongmen as a new frontier to gain control over the levers of state power.

Zacc spokesperson John Makamure told this newspaper that Mangwiro had been summoned, with the full support of Mnangagwa, who has allowed the body to act independently.

He said: “We are investigating the case. Just yesterday (Tuesday) the deputy minister was summoned by Zacc for a warned and cautioned statement.

“Zacc operations are independent. No one has the capacity to influence Zacc operations. We have received maximum support from President Mnangagwa.”

However, sources close to the high-profile probe told this newspaper that there was “reasonable suspicion swaying public opinion” that the “system was being sympathetic” to Mangwiro, “in comparison to how the wheels of justice rolled” when allegations of a similar nature arose against his former boss, Moyo.

“There is reasonable suspicion that the system is being manipulated and general fear that there is selective application of the law relating to how Mangwiro’s investigations are being handled.

“The investigations must be placed in the context of Moyo, who faced similar allegations. He (Moyo) was detained at Rhodesville Police station, arraigned in court and expelled from government,” a source at the Health ministry told the Independent.

However, Makamure downplayed murmurs that Zacc was being used as a pawn to selectively tackle corruption, while highlighting that the body was in the process of finalising Mangwiro’s docket, after which it would be furnished to the National Prosecuting Authority (NPA).

“We recently signed a Memorandum of Understanding (MoU) with Parliament. Support from the legislative branch is overwhelming,” he told the Independent this week.

“Zacc is handling the investigations as per its mandate. Once the docket is ready it will be submitted to the National Prosecuting Authority (NPA) for prosecution as per the procedure.”

However, sources in government say there were suggestions from the investigating and prosecuting authorities to proceed by way of summons, raising questions of why Mangwiro’s case was being handled differently and why he had not been suspended to allow for investigations and ensure that there was no interference with witnesses and manipulation of evidence.

When allegations of Mangwiro’s role in awarding the US$6 million tender to Young Health Care surfaced, Presidential spokesperson George Charamba dismissed the charges as “sponsored.”

Writing on microblogging site Twitter, Charamba said: “Why does this story look sponsored? There is an unspoken urge to outrun legal inquiries and processes to agitate for punishment over an alleged crime still to be proven in a court of law! Some hope to stampede due processes, both administrative and legal! Who is behind this?”

“The case of deputy minister Mangwiro is being handled by Zacc. We are not involved,” he said.

Following Moyo’s sacking from government, a number of senior executives at Natpharm were fired from their posts for allegedly colluding with the former cabinet minister to misappropriate public funds.

In the aftermath of Moyo’s expulsion from government, whose cause Mnangagwa cited as “conduct inappropriate for a cabinet minister”, seven directors were fired, while a dozen others were sent on indefinite paid leave.

As revealed by the Independent in its series of investigations around the misappropriation of funds at the Health ministry on October 16 that Mnangagwa’s government has been spending millions of dollars per month on double salaries and allowances for the senior officials sent on paid leave.

The senior officials were sent on paid leave as part of a restructuring exercise that Chiwenga is overseeing at the ministry.

With Chiwenga now at the helm of the influential cabinet portfolio, allegations against Mangwiro rose from a Zacc dossier seen by this newspaper revealing how the deputy minister potentially violated public procurement procedures by allegedly directing Natpharm acting general manager and its adjudicating committee to award an undeserving entity Young Health Care the US$6 million contract.

At the heart of the Zacc dossier, Mangwiro is alleged to have instructed Natpharm to award Young Health Care the lucrative tender, despite failing to satisfy procurement requirements.

“Procurement process of the tender 04/2020 was marred by directives from the deputy minister Mangwiro, resulting in delaying of the procurement. A letter from the then Acting Secretary of Health Dr Mhlanga dated 15 July 2020, instructing Natpharm to make direct procurement of supplies from Young Health Care was issued when the company was not registered with Procurement Regulatory Authority of Zimbabwe (Praz),” the Zacc dossier seen by this newspaper reads.

“When Natpharm insisted on competitive bidding, the tender process had to be postponed to allow Young Health Care Limited to be registered with Praz. This delayed the procurement of Covid-19 materials. The deputy minister reportedly issued numerous directives to the Natpharm management throughout the tender process.”

The multimillion-dollar tender has since been terminated after Zacc unearthed a myriad of procurement irregularities.

The post Zacc under pressure to end tender probe appeared first on The Zimbabwe Independent.

University of Johannesburg: Zimbabwe wrestles with its moral conscience as Zanu PF leaders succumb to Covid-19