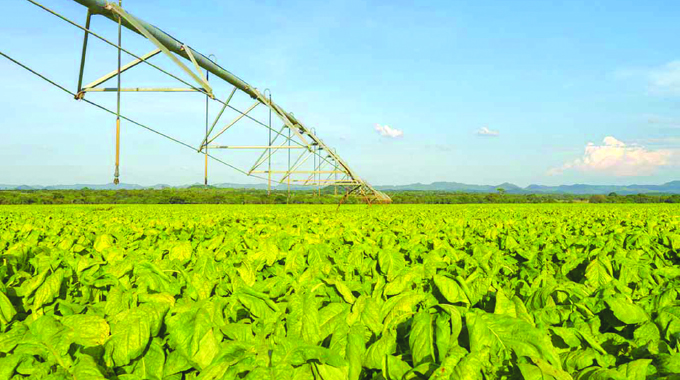 THE Government will soon amend a law regulating tobacco contractors to define their roles with regards to contracted farmers as part of measures to safeguard the interests of farmers, legislators have heard.

There will also be a standard cost of what a contracted farmer should pay per given area to avoid discrepancies on what a farmer is obliged to pay to contractors.

This came out during a meeting with Parliament’s portfolio committee on Agriculture, Lands, Fisheries and Rural Resettlement and Tobacco Industry and Marketing Board this week.

The committee chaired by Gokwe Nembudziya MP Mr Justice Mayor Wadyajena, had visited TIMB offices to have an appreciation of their operations.

During the meeting, legislators expressed concern that tobacco was being sold cheaply to surrogates who in turn sell the product to other countries such as South Africa which is one of the biggest exporters of cigarettes but does not produce tobacco.

Legislators said TIMB should do away with surrogate contractors because the exporters were giving third parties money to contract and the cost would be passed on to the farmer.

Mr Wadyajena expressed concern about the presence of Zimbabwean businesspersons in other countries manufacturing cigarettes despite the fact that they did not grow tobacco.

Legislators said there could be smuggling of tobacco to other countries.

TIMB chief executive officer, Mr Meanwell Gudu said they were in the process of amending the TIMB Act to capture the work of tobacco merchants whose operations were currently guided by a Memorandum of Understanding they signed.

He bemoaned the absence of alternative source of energy to cure tobacco saying growing of fast growing trees was one option.

“In other countries like China they use solar. We tried to do it but it was expensive. It requires a capital outlay of US$40 000 and for our small scale farmers that was not sustainable. Our best bet is to plant fast growing trees like eucalyptus or bamboo,’ said Mr Gudu.

In an interview, Mr Gudu said the tobacco industry had seen a new structure where principal contractors have engaged third parties who would sponsor tobacco production by funding farmers through inputs.

He said most of them have ultimately become stand alone exporters.

“This new structure brings in inclusiveness and gave impetus to indigenisation in the industry that was previously dominated by large international corporations. The third party suppliers have come in to close the gap left by the principal contractors who have found it difficult to offer funding to all small-scale tobacco farmers in need of financial support as they lack bankable collateral to borrow from financial institutions. Third party suppliers take the risk of funding small scale growers who ordinarily would not qualify for funding by principal contractors,” said Mr Gudu in an interview.

He noted that principal contractor and the surrogate were both licensed as contractors.

“Additionally, a Memorandum of Agreement (MoU) on contract farming entered into by the contractor and TIMB was crafted and this sets the conditions that govern their operations. Last year an addendum on contract farming was added on the MoU to clearly state the minimum support package that every contractor should provide to a farmer who they contract. For every small scale farmer, the minimum cost of inputs to be given should be US$1000 per 1 hectare and for commercial farmers US$4000 per 1 hectare. TIMB audits all contractors for compliance and there are penalties in place for non-compliance,” he said.

My suspension a ploy to victimise me: Justice Ndewere

Cops in trouble over US$15k bribe