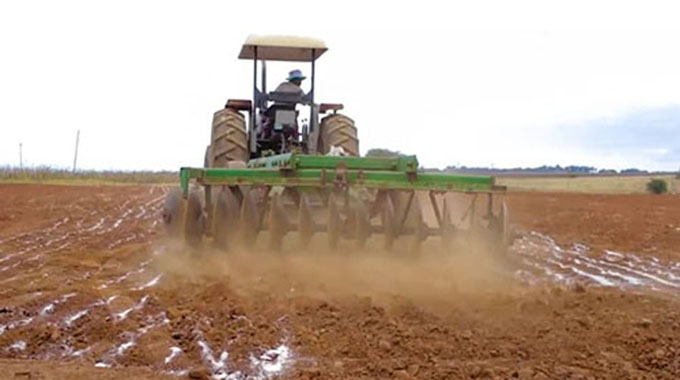 Farmers have intensified preparations for the 2021/22 summer cropping season with unions calling for early distribution of inputs under support programmes.

In most parts of the country, farmers are carrying out land preparations especially those under the Pfumvudza/Intwasa programme.

Zimbabwe Farmers Union director Mr Paul Zakariya said preparations in the smallholder sector have started with liming and the establishment of planting stations.

“We encourage distribution of all inputs under support programmes to begin so that farmers get them well ahead of time,” he said.

“Of concern however, are the delayed payments for delivered produce both grains and cotton. Ordinarily, farmers buy all the necessary requirements for the summer season out of the proceeds of the previous season. Delayed payments directly affect preparations for the upcoming season,” he said.

Zimbabwe Commercial Farmers Union president Dr Shadreck Makombe said preparations had intensified and those who are self-financed were procuring inputs.

He said some farmers were continuing with winter ploughing to conserve moisture while others on the Pfumvudza/ Intwasa making planting stations.

“Some Pfumvudza farmers are training colleagues on the technique. Many farmers who had not taken up the Pfumvudza/ Intwasa programme last season were inspired by high yields and are now under training from fellow farmers while on the other hand extension officers are also educating farmers.

“We are impressed by the initiative of farmers. Some are sharing manure and crops residues for use as mulch. On the issue of inputs, consultations are underway and we have been engaged by suppliers. We hope all will be in place soon,” he said.

“Farmers buy inputs as they get paid their money. We have been experiencing challenges of delays in payments and this affects preparations,” she said.

Government has set a target of 2,8 million hectares of maize and traditional grains during the 2021/22 summer cropping season.