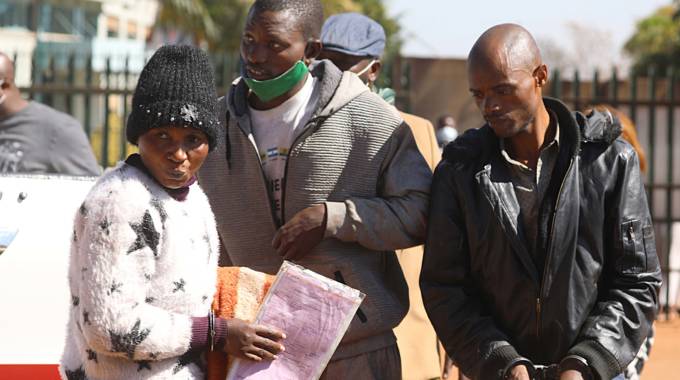 SUSPECTED armed robber, Benjamin Craig Musasa, who was killed in a gun battle with the police in Harare last week, reportedly boasted about his crime spree.

Musasa, who was popularly known as “Soja”, was shot and arrested by police in Greendale before succumbing to gunshot wounds at Parirenyatwa Hospital.

A Mabvuku resident told The Sunday Mail that Musasa was “a dangerous criminal by night and a darling of the Mabvuku community by day”.

“Musasa was known for his generosity as he often spoiled community members of all age groups with booze, weekend braais and other goodies.

“He never conducted his business in Mabvuku, but one day he made a bet with someone saying he can rob Shell Garage (Mabvuku) despite its tight security,” said one person who grew up knowing Musasa.

“The following week he robbed it with his guys, and even removed his mask and lifted the middle finger towards security cameras.”

Musasa allegedly triangulated his heists between Zimbabwe and South Africa and was notorious for mysteriously evading police in both countries for years.

Mabvuku residents said Musasa evaded police arrests as his relatives brewed traditional beer every year and performed
rituals to prevent him from getting arrested.

He is said to have had two wives, one in South Africa and another in Chitungwiza.

At the burial, Musasa’s parents gave a moving graveside eulogy for their son, but made no mention of his criminal activities.

Other mourners who spoke to this publication described Musasa as a man of many talents who would have made it into professional football had he decided to pursue the career.

Support pours in to douse blaze