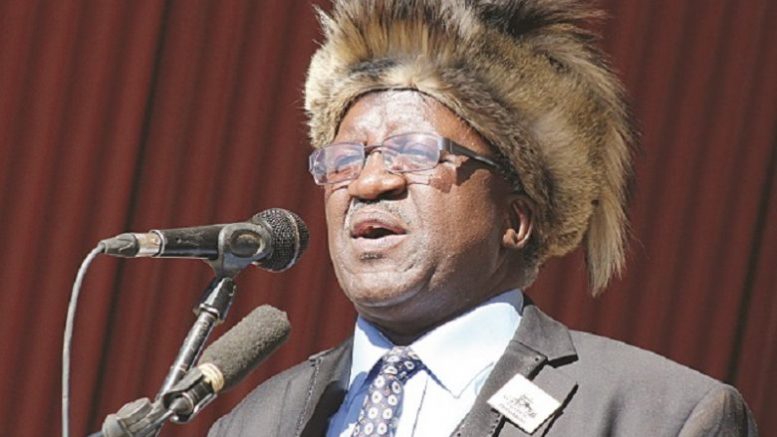 Zapu Kezi branch in Matabeleland South province nominated Nkomo to contest in the polls to replace Dumiso Dabengwa who led ZAPU since the party pulled out of ZANU-PF in 2008 until his death in 2019.

The ZAPU elective congress is slated for April 30

Other candidates eyeing the party presidency include Matthew Bhubesi Sibanda, Bernard Magugu, Strike Mkandla and Mqondobanzi Magonya, currently based in the United Kingdom.

However, Nkomo’s nomination is being challenged by other party members who say he is not a card-carrying member of ZAPU and therefore, ineligible to contest for the presidency.

Political analysts who spoke to CITE this week had different sentiments on Nkomo’s nomination.

Khanyile Mlotshwa said Nkomo’s nomination was an interesting development that says a lot about the internal ZAPU politics rather than the Matabeleland politics.

“ZAPU has struggled to gain traction in Matabeleland and it is probably because their politics is very restrained and not what the people of Matabeleland expect,” said Mlotshwa.

“I am saying ZAPU politics seems to be still trapped in 1963 when people who formed ZANU left them. In 1987, there was a separation between the ZAPU politicians and the people of Matabeleland.”

He said the revived ZAPU has struggled to reconnect with the people as evidenced by its failure to win polls.

“That is why they can’t even beat MRP in an election,” said Mlotshwa.

Mlotshwa said the fact that it was not is not clear whether he was always part of ZAPU structures was likely to pose some challenges for him.

He added: “If they are going to appeal to lies, the lie of 1980 and the lie of 1987, the lie of Zimbabwean nationalism, then they should work hard. It’s not about who is the president of ZAPU. Even Barack Obama cannot lead ZAPU to popularity in Matabeleland if his politics is anchored on an insult to the wounds of the people of Matabeleland.”

“I think the nomination of Sibangilizwe Nkomo for ZAPU presidency is good for ZAPU,” Chirwa told CITE.

“Sometimes party leadership needs branded names for appeal. Look at the Kennedys, Clintons and the Bush family in the United States. Look at the Sisulus, Tambos, Mandelas, and Zumas in South Africa. There is talk of Duduzane Zuma son of Jacob Zuma vying for the presidency in 2024, Nkosazana Zuma ex-wife to ex-President Zuma was also vying for presidency against incumbent President Ramaphosa having led the African Union. Look at Uhuru Kenyatta son of Jomo Kenyatta, there is definitely power in names.”

“That’s why even the ruling party (ZANU-PF) likes using the name of Joshua Nkomo if it wants to advance certain agendas. However he (Sibangilizwe) may face resistance from those who believe in succession by party hierarchy.”

He was however, quick to point that there was no way ZAPU could easily win national polls in both Matabeleland and the country at large.

“While ZAPU’s support base has over the years declined especially after the establishment of the MDC, his (Sibangilizwe) victory to lead ZAPU won’t mean much to the people of Matabeleland unless if they shun nationalism and devolution policies and adopt federalism policy even the secession policy.”

“If the nomination had come from anywhere else other than his home district, maybe it would have added impetus to the competition for the Zapu presidency,” said Moyo. “As it is, his stature has remained localised in his home area. He might struggle getting support from the whole province and later on the rest of the provinces.”

Moyo said apart from being Joshua Nkomo’s son, Sibangilizwe was just like any other presidential candidate.

“His chances are as good as those of any other candidates,” said Moyo.

“Apart from being Joshua Nkomo’s son, nothing separates him from the rest. If he wins, it might be analysed by some that he won because he was Nkomo’s son and therefore reduce the party to a family dynasty with no broader appeal. To me, he needs to do more to project himself beyond just being Dr Nkomo’s son.”

So great a mystery