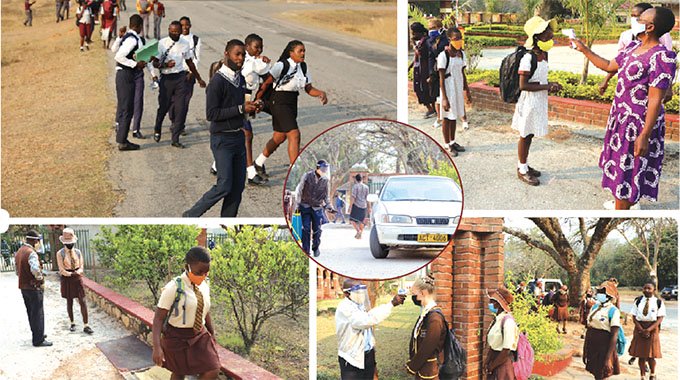 John Mhandu (not his real name) missed two of  his Ordinary Level papers in Mathematics and Commerce.

“I had registered to write five subjects that I failed last year when I was still a formal pupil. Back then, there was no need for me to have an ID card.

“But I’m now a private learner at a local college and the law requires me to have one. I hoped to have obtained an ID card by now but my plans were derailed by the lockdown. I still hope though that I will be able to write the other three subjects,” said Mhandu.

A zimsec directive makes it compulsory for candidates, particularly private pupils, to produce any form of national identity documents – passport or driver’s licence, in order to sit for an examination.

“The issue of ID cards falls under the Registrar General’s office, we are not sure whether the pupil(s) in question have missed examinations because of the documents or other issues.

“Candidates should be organised enough to get ID cards in time as the law is clear. Without an ID, you will not be allowed into the examination room,” said Ministry of Primary and Secondary Education communications and advocacy director Mr Taungana Ndoro.

However, some pupils currently do not have any of the documents. The Registrar General (RG)’s Department, which issues national identity documents, was forced into a long break due to the global coronavirus pandemic.

Government began a nationwide lockdown on March 30 as a way to curb the spread of Covid-19. The lockdown has since been relaxed with all essential services and registered informal traders now allowed to resume work. But, while noble, the lockdown complicated operations at the RG’s office that was already struggling to meet the public’s demand for crucial national documents.

The department has partially opened, assisting an average of 50 people per day at every station.

As a result, some pupils across the country are now being forced to literally set base at the RG’s office for the documents.

“I have been camped here for the past two days. If I do not get the document and in turn fail to write the examinations, it means I will have wasted years of study,” said a dejected pupil who only identified himself as Tatenda.

But the situation gets complicated.

Some private learners are yet to reach the required age, by law, of 16 so that they can be issued with national identity cards.

In 2018, the High Court had to come the rescue of a 15-year-old Form Four pupil who was barred from sitting for her Ordinary Level examinations because she did not have a national identity card.

The court ordered zimsec to allow the pupil to write the examinations using her birth certificate.

“It is unfortunate that some of the pupils have already missed their examinations. But, I want to urge our officers to prioritise our school children first in their operations,” acting Registrar General Mr Henry Machiri said.

“This is the season of exams and we have made it a point that children who are sitting for exams get first preference even if we are serving a limited number per day. Our office should not jeopardise the future of pupils.”

A visit by The Sunday Mail Society to some registry offices confirmed a crisis at hand.

For instance, the Market Square in Harare is flooded as some pupils are travelling from as far as Gutu and Murehwa for the documents. And indications are that the department’s sub-offices are creating an artificial crisis by refusing to serve locals.

Pupils from areas like Chitungwiza, Kuwadzana and Norton are being referred to Harare’s District Registry.

“The Kuwadzana sub-office is not issuing ID cards so they have referred us here (Market Square),” said Mhandu.

A pupil from Ruwa, Tendai Karoro, reckons their predicament was due to corruption taking place at the Registrar General’s office.

“I have been here for the fifth time now with no luck. I remain hopeful though that I will get the document before my examinations start next week.

“If their (RG office) operations were transparent, I would have gotten my document by now. However, they seem to have people they favour as some do not even join the long queues,” he said.

Our investigations confirmed that while some pupils are spending days and nights without being served, well-heeled individuals were getting an unfair advantage.

The sad part is bribes are openly being demanded upfront. Informal traders that often operate at the RG’s offices are being used as fronts. They demand bribes of between US$5 and US$10 from document seekers in return for preferential treatment.

“Some of our friends got their ID cards last week before the examinations even started but it was because they had money to facilitate for the quick movement of their papers. Yet this is supposed to be a free service,” moaned Tsungai from Ruwa.

The acting Registrar General said they have since instituted investigations.

“We do not expect corrupt activities from the officers and it is not Government policy for these officers to collect money from the public,” said Mr Machiri.

Dancing to the tune of Zanu PF – Zimbabwe Vigil Diary