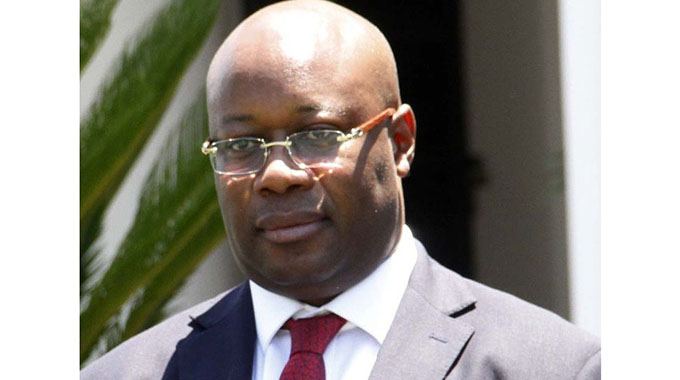 PLAYERS in the mining sector say government’s policy inconsistency, highlighted by its shock decision to revert to charging mining fees in the local currency following an earlier announcement indicating it was moving to peg license fees in United States dollars, is a recipe for disaster as it causes uncertainties that scare off investors.

The policy somersault came barely a week after the government passed legislation, in the form of a statutory instrument, which regularised the levying of mining fees in the stable US dollar.

Under the US dollar denominated charges, Mines minister Winston Chitando had hiked fees by close to 800%, triggering a fierce backlash from small scale miners who cited the policy stance as prohibitive and a threat to their operations.

Chitando’s US dollar-denominated fees effectively hiked charges by about 800%, quickly courting a massive backlash from small-scale miners who described the move as prohibitive and a threat to their operations. Chitando’s latest policy shift, all within a year, saw the sector oscillating from levying charges in foreign currency to reintroducing the local unit.

There have also been policy inconsistencies around  the controversial indigenisation legislation.

The indigenisation policy, which also became the centerpiece of former President Robert Mugabe’s populist but ruinous policies compelled foreign investors to cede 51% equity in their businesses to the locals.

But with President Emmerson Mnangagwa’s administration, riding on the mantra: “Zimbabwe is open for business”, scrapped the Indigenisation laws

Players in the mining sector this week said the lack of policy consistency, especially given the history of the fast-track land reform programme and indigenisation, undermines investor confidence and soils the country’s investment image.

“Policy objectives are key in planning, in instilling investor confidence particularly in the commerce sector where forecast is key in order to protect and project the performance of a business. Now the government says one thing today, and another next year, and is notorious for vacillating, no one will be guaranteed of his or her future,” Harare-based corporate lawyer Webster Jiti told the Zimbabwe Independent this week.

“We once had the Indigenous Policy and needless to state that it was influenced by political considerations and that is not bad at all, what is bad is the unexpected plug that was pulled on it. There is nothing wrong with empowering previously disadvantaged locals, but everything wrong with waking up and stubbing it.”

He said while adjustments are budgeted for by investors, total or complete shifts make a country unfriendly to investors.

“As Zimbabwe, we have a history of inconsistencies in policies. Imagine they say we have dollarised and tomorrow you are back to the Zimbabwean dollar,” Jiti said.

Economist Chenayimoyo Mutambasere said the introduction of US dollar fees was an attempt by the government to generate revenue though the move could have an adverse impact on the operations of small-scale miners.

“Artisanal miners are already in trouble due to the direct disbenefit outcome of frontloading the sector with prohibitive costs is the rise of mining lords who then hire artisanal miners who engage in bidding wars which result in the Mashurugwi gangs,” she said.

Instead, Mutambasere said, it was imperative for the government to form partnerships with small-scale and artisanal miners as opposed to pushing them further underground by loading high upfront costs which in turn force players, particularly the small-scale miners, to start bypassing.

“Mining fees require a horses-for-courses approach. On Indigenisation it’s great to encourage more local participation into the sector. However, this must be cognisant of why we have foreign participation; often it’s because these investors have the capital to inject into the overhead burdened industry.

“A genuine attempt at Indigenisation must be supported by a strategy to capacitate the locals. This sudden U-turn will be seen by foreign investors as infringement on property rights and may  in future destabilise the sector at a time when the economy needs more hands-on deck,” she said.

Under Mnangagwa’s economic recovery and growth plans, his administration is targeting to transform the mining sector into a US$12 billion industry by 2023. — Staff Writer.