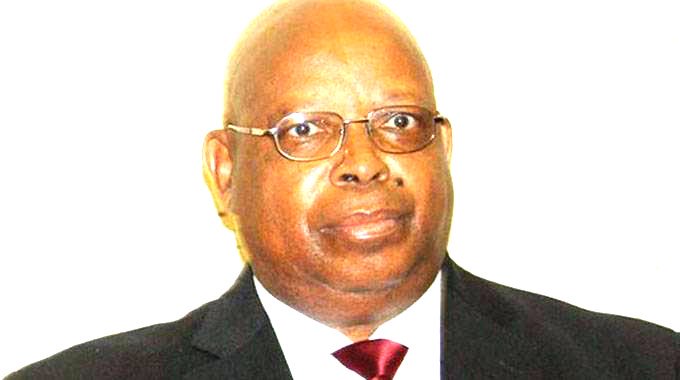 Conrad Mupesa
Mashonaland West Bureau
Civic organisations are free to petition Parliament, but a constitutionally-elected Government will only be removed through an election rather than unconstitutional regime change means, Speaker of Parliament, Advocate Jacob Mudenda has said.

Speaking during a stakeholders meeting with civic society organisations and the media at the Chinhoyi University of Technology last week, Advocate Mudenda said Parliament received both petitions, addressing various issues.

He, however, noted that the majority of petitions were largely from some Western-funded organisations purporting to be champions of democracy yet pushing for civil unrest using innocent citizens to effect regime change.

“Right now we are receiving a number of petitions, which speak to our daily lives.

“However, some organisations that are giving out money to people in Zimbabwe and Africa to effect regime change are also there. Regime change cannot come through petitions but only through voting,” he said.

Advocate Mudenda said although there was an intricate connection between Parliament and civic organisations under Section 149 of the constitution, which allowed citizens to petition Parliament, there was a clear cut line that had to be followed.

“When petitioning the Parliament, citizens should desist from using foul and insulting language. Citizens should also include their names and organisations they are representing.

They should also disclose their source of funds.

“As Parliament, we will protect whoever sends petition, but they have to be objective and factual.”

He also added that since the doctrine of separation of powers stops Parliament from meddling with the judiciary, petitions whose issues were before the courts would not be entertained by the Speaker of Parliament and the Senate President.

He added that the Clerk of Parliament receives petitions from citizens and then writes to leaders of the two houses who in turn deliberate on the issues.

Zimbabwe is part of the 179-member Inter-parliamentary Union and is obliged to give citizens their democratic right in airing their objective voices to improve quality and relevance of legislatures.

“Zimbabwe is a democratic and unitary state whose policies and laws are derived from the views of the public.

However, for the citizens to add their voices, the media which has the key means to inform the public should play its informative role so that they are well versed with Acts, Bills and policies,” he added.

He said the citizens possessed the power to put the performance and roles of the executive, Parliament and judiciary under spotlight.

Chin’ono arrest arbitrary has no foundation at law: ZINEF – #Asakhe

We’re all mortals, Chiwenga states… as 600 succumb to coronavirus in three weeks