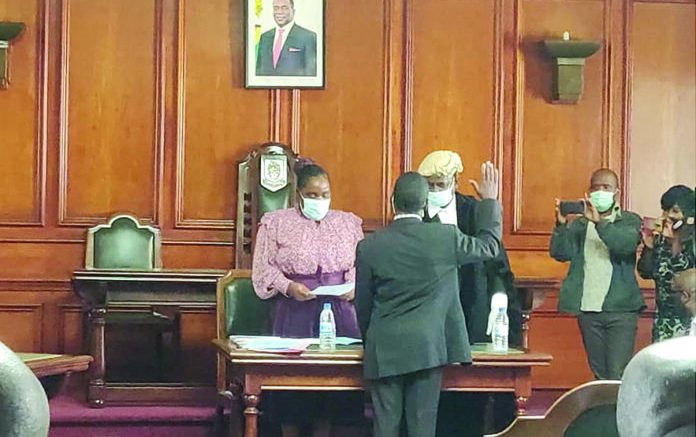 Mguni’s call for unity came amid reports that the newly-elected councillors were plotting to elbow him out alongside town clerk Christopher Dube.

“I am reminded that this is the first time we have a multi-party chamber for the past 20 years or so. Let me hasten to say that there is no majority, and there is no minority because what we have are councillors representing the City of Bulawayo,” Mguni said.

“We are given a mandate to serve our people. We call for unity in the cockpit, and we hope that the councillors who are here will also embrace each and every one of us,” he said.

Mguni said three new councillors were joining the council for the first time, while five were returning following their recall by MDC-T leader Douglas Mwonzora.

“We still have challenges for now with ward 3 because it remains vacant, and there have been councillors who have been caretaking in the ward. Our mandate as councillors is to serve the city,” he said.

Bulawayo district development co-ordinator for Imbizo, Fikile Marovatsanga, said it was critical for councillors to work in unison and serve the city well.

“The people have elected you because they have found that you are able to shoulder their grievances in their wards. We need to work hard so that we do not disappoint the people on the ground,” Marovatsanga said.

The post Mayor calls for unity as 8 CCC cllrs sworn in appeared first on NewsDay Zimbabwe.