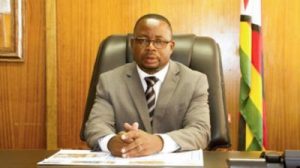 BY RICHARD MUPONDE
THE country’s main labour unions humiliated Labour minister Paul Mavima when they refused to participate in the Tripartite Negotiation Forum (TNF) until government agrees to discuss the erosion of workers’ salaries.

In a letter dated December 9 seen by NewsDay, Mavima invited the labour bodies to the TNF meeting on Thursday last week.

However, all the labour unions sang from the same hymn book as they demanded that Mavima agrees to discuss the erosion of salaries as a precursor to any discussions.

The proposed agenda included the operationalisation of the TNF, labour law reforms, and the Cabinet decisions on employment issues.

ZCTU president Peter Mutasa yesterday confirmed that labour bodies refused to participate in the meeting as they wanted to discuss the salary erosion issue first.

“While the other issues are important for discussing at TNF, our mandate is that addressing the erosion of salaries is the top priority for workers in this country,” he said.

“That’s why in the meeting of October 21, we insisted that we should discuss this agenda item first. It has not been resolved and the working conditions of all workers are now worse than they were then. Almost all workers are now enslaved, literally working for nothing.”

Added Mutasa: “We are thus interested in focusing on this matter and we can only attend to the other issues after we resolve this wage crisis. So we remain in TNF, but we have put forward our clear demands to the government and employers based on the mandate from workers. Unless it’s a special meeting to discuss erosion of salaries, all other discussions remain useless.”

The ZCTU leader called on all workers to support the collective decision by the unions.

“Workers must unite and fight for decent wages or we all starve. Next year is a bad year for workers unless we unite and demand fair wages. Workers and their families are starving. We have no choice,” Mutasa said.

“I am reliably informed that Apex, ZCTU and ZFTU [Zimbabwe Federation of Trade Unions] all turned up for TNF, but refused to proceed with negotiations unless salaries were the first agenda item,” he said.

Last month, civil servants accepted the government’s 41% salary increase offer, which saw the lowest paid teacher getting $19 000, with the lowest civil servant getting about $14 000 with effect from November 1.