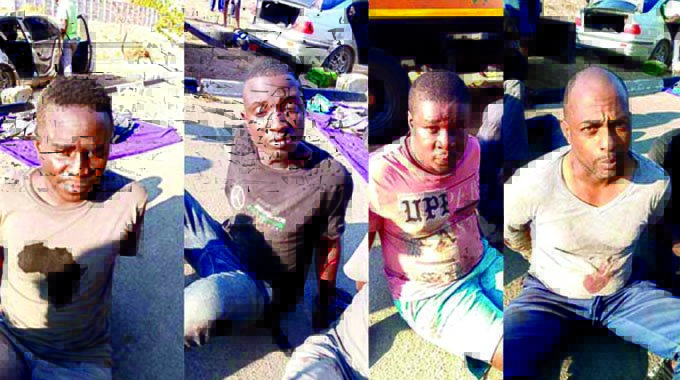 Source: JUST IN: Prosecutor suspended for concession of Abdul’s bail | The Herald

Musa Taj Abdul (extreme right) who had managed to evade capture for over 20 years and his 3 companions.

Abdul (47) was on Monday granted bail by High Court Judge Justice Benjamin Chikowero along with co-accused Godfrey Mupamhanga (27), Rudolf Tapiwa Kanhanga (29) and Douglas Mutenda (31), but remained in custody as the four are facing fresh charges.

Chief Law Officer Mr Justin Uladi confirmed the suspension of Mr Kasema saying the matter has been referred to the police for investigations while they are preparing to launch an appeal against the High Court decision.

Before they could post bail money yesterday, police brought up fresh charges against the suspects and requested that they remain in custody pending their remand hearing on the new charges and further investigations.

Anger over govt plan to only give vaccine to ministers, soldiers, MPs and top officials

Another warrant of arrest for Mupfumira