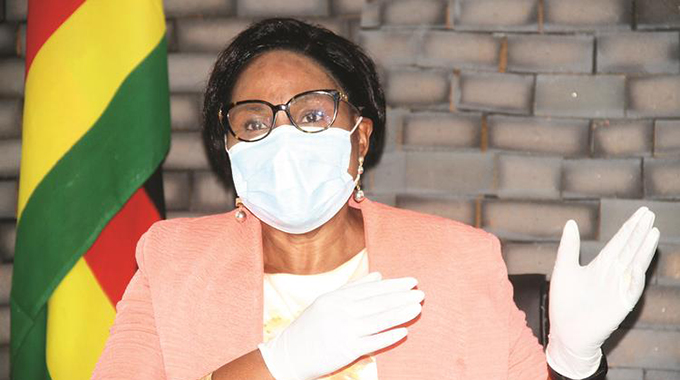 Senator Mutsvangwa
Elita Chikwati Agriculture Reporter
Lands, Agriculture, Fisheries, Water and Rural Resettlement Ministry is mobilising harvesting equipment to reduce post-harvest losses during the 2020/21 summer cropping with the country expecting between 2.5 and 2.8 million tonnes of maize.
Modalities for grain mobilisation, purchase, storage and infrastructure upgrading have also been put in place and are at an advanced stage.
The ministry is mobilising an additional 93 combine harvesters for timeous harvesting of grain to reduce post-harvest losses in light of the above normal rains being received across the country.
The Ministry is still waiting for the first round crop and livestock assessment report but indications so far point to a bumper harvest.
Briefing journalists after the Cabinet meeting recently Minister Information, Publicity and Broadcasting Service Senator Monica Mutsvangwa said although the results of the first crop and livestock assessment were expected later this month, an estimated national production of 2.5 to 2.8 million tonnes of maize and 360 000 tonnes of traditional grain was projected.
Minister Mutsvangwa said about two 2 million tonnes of cereals consisting of 1.8 million tonnes of maize and 200 000 tonnes of traditional grains were expected to be delivered to the Grain Marketing Board.

Zimbabwe descends into rule by law – activists arrested and abducted