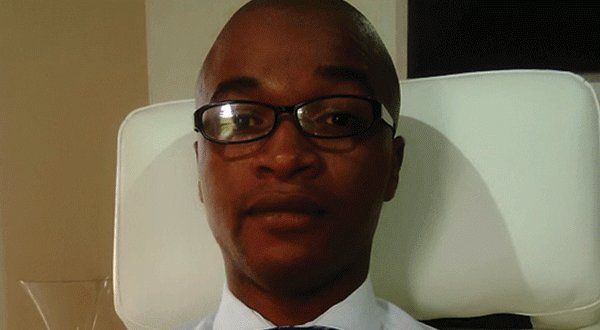 IT was during the French Revolution of the 1780s when a scholar noted that, “things must be bad in society for men to throw everything in violence. Men cannot risk everything for nothing.” The protest penned for July 31 is a culmination of lots, which by all means the government of the day must have seen coming.

The argument to impute blame on the late former President Robert Mugabe’s administration does not make sense anymore, the acceptance of a ballot mandate in 2018 and the promises in the ruling party manifesto are premises for accountability in themselves. What is it that Zimbabwe is getting wrong that other countries less endowed with natural and human resources are getting right, we all ask?

July 31 is not of the opposition, it is about the populace holding their government to account. The impetus had long gathered on the ground while the opposition fought in the courts among themselves for leadership, Morgan Richard Tsvangirai House, parliamentary posts and perks.

This is a civil wave putting paid to how serious the emotions have boiled on the ground. This is a civil wave vying to influence political, economic and civic outcomes through constitutionally and legally recognised means. COVID-19 restrictions in their legal veil are subservient to the Constitution, which is a supreme manifest of the people’s voice.

The same Constitution that seeks to guarantee the people’s survival in terms of governance and welfare. Therefore, any law of any nature that negates that constitutional call has limits on a yardstick of necessity, and sometimes bordering on unconstitutionality.

South Africa has had the courts sitting to decide the constitutionality and rationale of restrictions. Before the pandemic and its restrictions, people were struggling to put food on the table in Zimbabwe, what more with restrictions amid such little economic activity that rewards less and less each day? Lives must be saved, social distancing restrictions, are alright, but people must have bread in their homes while under such restrictions. July 31 is about the people choosing to confront the bigger threat to their survival.

Evan Mawarire organised the most effective mass stay-away in years, outside the process of any political or parliamentary scheme. MDC-T had majority in Parliament at some point but no real change came out of it. It is critical to emphasise that there must be neither support nor promotion of any illegal and undemocratic means to effect a change of neither government nor a political outcome.

All what Zimbabweans yearn for is restoration of true democracy and legitimacy, a working and transparent economy for all. The use of available constitutional, diplomatic and other means to effect fundamental electoral adjustments that will safeguard the people’s vote seem to be failing.

The creation and promotion of conditions that guarantee undisputable, clean, fair and free elections, separation of powers, rule of law, sanctity of the Constitution, independence of the institutions that superintend over democratic processes, free airwaves, official recognition of political leaders with notable support base in Parliament, all seem to be failing as well.
The order of the day has seen diplomatic, judicial, parliamentary and negotiated political deals defying the textbook rules. The failures are institutional, and fundamentally political. The commissioners of the Zimbabwe Anti-Corruption Commission are still to show good cause why they earn salaries. The yesteryear US$15 billion complained of by Mugabe is still buried in underground bunkers somewhere.

The agenda of reform and democracy has surely penetrated despite the sheepish and dormant game of the opposition parties, let alone the bare denial of the ruling party of the crisis. The work of the mainstream opposition is applauded nonetheless, this is a revolution, a democratic one, not everyone will finish the race that was started 20 years ago. Some will be arrested and browbeaten, some will die naturally or otherwise, some will defect, some will retire and pass the baton smoothly. Painful phases will always be there in any revolution, but the most important thing to remember is that the decisions that are constantly made will deliver the change desired sooner or later. Polad (Political Actors Dialogue) was a hopeful start because it constitutes technocrats and visionaries. Some are remarkable influencers in their fields of industry and operation. What Polad needed was confidence and capacity from the government to make a real difference. It could not be fanfare that ends in talks without action. Plus, the process would have done better with absolute bona fides. The centre in Polad cannot hold anymore, Lovemore Madhuku is speaking out, Shingi Munyeza is taking it head on, the others are now only hanging on for the comfort of Harare hotels.

The economy was under the stewardship of Simba Makoni at some point, brilliant guy, but things continued on a downward spiral. Now we even have a whole economics professor Mthuli Ncube whose CV buys him a seat at international corporations and fora effortlessly, but it has gotten worse since he took over as Treasury chief.

The issue is not with economic formulas done incorrectly, Ncube eats and drinks economics. The cancer is the intolerant culture of our politics, the patronage system which runs the public sector, commonplace corruption depriving the State of revenue, the milking of already unprofitable public enterprises, human rights abuses, closing lines of credit to resuscitate ailing industry.

Marange has been a curse, the chaos and corruption in gold cannot anchor a worthy currency. We all remember how things went deeply south when the Reserve Bank of Zimbabwe minting machines roared throughout the night printing bearer cheques to fund the agricultural mechanisation scheme some years ago. Zimbabwe is a casino economy indeed, less the real hard cash.

The government, as I suggested in a scholarly group few years back, needs to consider a strictly disciplined public-private-partnership scheme to lay the foundation for the resuscitation of public enterprises and institutions.

The efficiency and urgency of private sector, its strive for profit, and the guarantee and financial muscle of government, all concerted in this effort, will kick-start the economy. In terms of the private sector, the security of law and ownership, needs a whole political policy shift at the behest of trusted economists. The forthright issue of re-engagement with the world remains a bubble as long as the political space is toxic. Nobody trusts markets in constant threat of civil insurrection.

The Matabeleland question too, is a failure of yesterday. Devolution means co-operative governance, empowering regional authorities to formulate economic policies best suited and co-ordinated locally. Matabeleland today bears deeply flawed ideas of secession of one region to form a separate State as advocated by some radical movements.
A country cannot afford such undertones when trying to build a unified political economy.