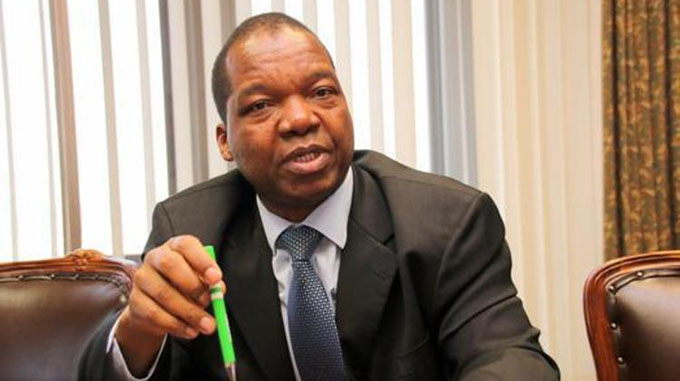 Last week the Monetary Policy Committee made some key policy pronouncements regarding the retention of foreign currency by exporters as well as the compulsory liquidation of unutilised foreign currency balances. The Monetary Policy Committee (MPC) is a committee appointed by the Minister of Finance, made up of independent experts in the field of finance and economics and key Central Bank executives notably its Governor.

The goal of the MPC is to help the Central Bank put in place monetary policy decisions such as inflation targeting. The current MPC is the first that Zimbabwe has put in place since independence. Given the background of lack of independence at the Central Bank, promulgation of the MPC is seen as a way of reducing Central government’s influence on the Bank and enhancing the quality of decisions made by the Reserve Bank of Zimbabwe. From an outsider’s perspective it is thus seen as an effort to partially skew the Bank’s policy undertakings towards independence, which in principle is very commendable.

Since it was setup early in 2020, the MPC has met 10 times over which some pertinent policy decisions have been made, some of which has helped stabilise the economy. Despite the visible efforts by the committee to keep key matrices such as Inflation and Exchange Rate in check, there have been misses too.

The committee initially set to achieve a single digit inflation rate by the end of the first quarter in 2020, but the rate more than doubled and was in the region of 30% by June of 2020. For the year end, a target of 50% was equally missed as inflation closed the year 348%, despite a significant slowdown. The adverse inflation outturn, which spiked to a highest of 840% in August, exposed the MPC. The runaway inflation was as a result of untamed money supply growth.

Reserve money supply spiked by more than 100% in under six months, which was way off target and equally way out of sustainable growth levels.

While the Bank said it believed much of the growth came from Ponzi schemes perpetuated by mobile money service providers, there is also evidence of growth through induced new money injection. Much of the new money injection is typically meant to cushion government expenditure and therefore the move to inject the new flows, which partially caused inflation to run in 2019 and 2020, was thrust on the Bank by the mighty Central Government, which for years had been running wide deficits. What this tells us is that there still exists a gap at the Central Bank, which in turn is a risk factor in the stability of the country’s financial sector. The Bank’s independence is pivotal in achieving a stable and sustainable macroeconomic environment.

Moving over to the latest pronouncements by the MPC regarding export retention and removal of the 60-day moratorium. The latest pronouncement comes barely less than four months after the adjustment of retentions from an average of 50% for most minerals with the exception of gold, to about 70%. The measure introduced in September was seen as confidence inspiring, at a time inflation was beginning to come-off and the exchange rate gap between the formal and informal, narrowing.

Likewise, the policy measure to do away with a 60-day moratorium comes a few months after being adjusted from 30 days in July 2020, to 60 days in the final quarter of 2020, showing how important the variable is, in controlling forex availability on the forex market.

By increasing exporters retention threshold, the RBZ was demonstrating that it has sufficient funds to cover own expenditure and more so the Bank was confident that, left on its own, the interbank market would achieve stability. This deduction stems from the view that, by reducing exporters retention threshold, the Bank is increasing its share of foreign currency, and when the Bank muscles out all other players in the market, it becomes the sole market maker and therefore can dictate the price of forex in the market since it controls supply. The opposite would thus equally be true. In the latest instance, the Bank has made 2 moves which can be interpreted contrastingly.

Retention thresholds have been reduced, which in the first instances we said would increase the Bank’s control of the supply side of foreign currency depending on magnitude of reduction. However, at the same time, the Bank has scrapped the contentious 60 day moratorium on unutilised nostro balances, which would typically result in an opposite effect. The measure had been in place since 2019 but at varying degrees and in its current form, it entailed that if exporters do not utilise the balances sitting on their nostro accounts within 60 days on receiving the funds, the Bank would liquidate the funds at the prevailing interbank rate.

The measure was contentious in the sense that the Bank believed, due to low confidence levels in the local currency, exporters would speculatively prefer to hold foreign currency and by implication drive the supply side of the forex market into a further disequilibrium. To the Bank, retaining of funds on nostros, was seen as speculative and creating artificial shortages. On the other hands, exporters felt robbed and operational fluidity rattled. Most companies felt that they could not plan long term, nor commit to CAPEX given the small window over which they had, to utilise the outstanding funds.

What could have then changed between then and now? The key variable which has since changed is relative stability of the local currency and average price levels in the economy. The rate of inflation has almost halved over the last 3 months while the exchange rate has traded more stable to the USD over the same period. These milestones are critical because of their impact on expectations and sentiment.

It is thus important for the Bank to demonstrate this in substance and a move to scrap the 60 day moratorium feeds well into buttressing the narrative around the economy having stabilised. It is indeed a confidence building measure which can be used in ascertaining the Bank’s sincerity on how strong the currency fundamentals are. In our view, the measure goes beyond confidence building, but rather indirectly further liberalise the currency market. Foreign currency generating players now have more headroom and control of funds, which also increase their investment and operational flexibility, while reducing the risk of forcibly holding onto a weakening currency, assuming the Zimdollar is freefalling.

We also do not believe that the measure to reduce retention threshold is counteractive, rather it brings clarity to the currency issue. Exporters can determine with a degree of absolute certainty the exact amounts from their receipts without worrying about voluntary liquidation. While the rate is increased, certainty is also improved, which is important for planning purposes. We conclude that the measures introduced by the MPC sitting augur well with efforts to stimulate the productive sector while spontaneously further liberalising the currency market.

The post Implication of the latest MPC deliberations appeared first on The Zimbabwe Independent.

We will defeat Pakistan following the plan, Says Sikandar Raza