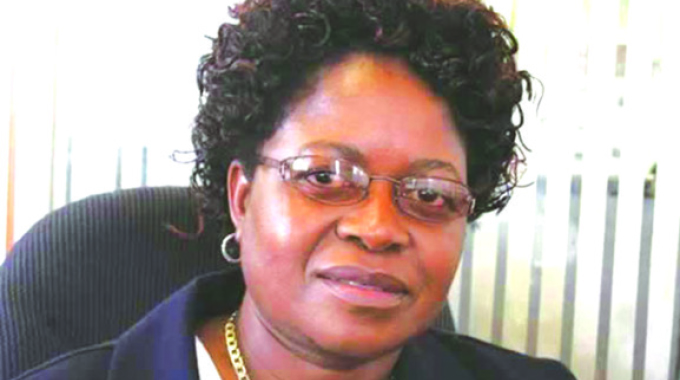 Source: I wasn’t elbowed out: AG | The Herald AUDITOR GENERAL Mrs Mildred Chiri says she was not pressured to refuse the Special Procurement Oversight Committee (SPROC) board membership, but made an independent decision in line with ethical expectations.

Mrs Chiri said this in a letter of complaint written to the Zimbabwe Media Commission over what she described as a defamative article published by the NewsDay on August 14 under the headline: “Chiwenga moves to elbow out Auditor General”.

She said newspapers and journalists ought to be ethically bound and held responsible for deliberate, malicious articles they publish.

“I wish to place it on record that, I was never contacted for comment on the alleged facts relating to my exclusion from the Special Procurement Oversight Committee (SPROC),” she said in the letter dated August 31.

“Had the publication contacted SPROC, it would have discovered that I raised the issue of my inclusion in the committee and requested to be excused as is apparent in the letter dated January 23, 2018, written to Mr (Nyasha) Chizu then Acting Chief Executive Officer of the Procurement Regulatory Authority of Zimbabwe (PRAZ). I have attached the letter for ease of reference and appreciation of the extent of the gross misrepresentation of facts and malice in the article.

“Upon invitation by PRAZ, I advised the board that I could not take up the appointment as doing so would have created a conflict of interest with my role as the country’s Auditor General. This was and is a well-known fact. I was neither elbowed out nor pressured out. The decision to refuse SPROC board membership, was solely one of ethics and duty.” Mrs Chiri said journalists were ethically bound to verify facts before publishing falsehoods in the assumption of facts, a position which she said was ignored by the NewsDay and the journalist who wrote the story.

She said such conduct ought not go unpunished as the news article was a deliberate attempt at assassinating her character and reputation.

“The article was premised on baseless and untrue averments aimed at raising public unease and despondency. I reiterate that my office is independent and has not been compromised.

“There is a need to protect the office that I hold as it is a pivotal pillar for maintaining integrity of Government. An unwarranted attack on the independence of my office will not only cause unease in the country but reflects badly on me as the office bearer.

“I believe I have done the right thing by complaining to you, as I am sure that as the Commission you will definitely look into the matter and consider appropriate recourse on the NewsDay and their journalist. Please ensure that such incidents do not happen again as it is detrimental to both our organisations,” she said.

Mrs Chiri said she considers the complaint as a fair warning, which has the desired effect or else she would be forced to take legal action against Newsday and the journalist.

“For the future, may I take this opportunity to inform the journalism fraternity that my office remains ready to respond to questions they may have,” she said.

As Zimbabwe’s Workers Fight for Justice, It’s Time for a Fundamental Rethink of U.S. Policy

Support pours in to douse blaze