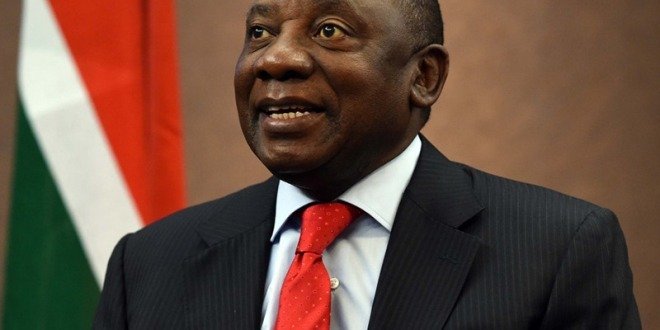 PRESIDENT Emmerson Mnangagwa has ruled out allowing a delegation from South Africa to meet his critics, including opposition parties and civic organisations, slamming the door on efforts by the neighbouring country to negotiate an end to the political impasse that has paralysed Zimbabwe.

The South African ruling African National Congress (ANC) party delegation on Tuesday said it would return to the country soon to meet opposition parties and other stakeholders after meeting Zanu PF and Mnangagwa on previous two visits following international outcry over deteriorating human rights abuses and a worsening economic situation.

After the two visits, ANC officials said Zimbabwe was in a mess which required urgent outside intervention.But Mnangagwa and his party insist that there is no crisis or basis for South Africa’s mediation.

He denies allegations of abduction and torture of opposition activists, insisting that he is merely enforcing COVID-19 lockdown rules.

Speaking before yesterday’s Zanu PF politburo meeting, Mnangagwa said the envoys were a President-to-President engagement, while last week’s meeting was party-to-party, adding “anyone who believed otherwise should continue dreaming”.

“Party envoys remain party envoys from one party to another. Those who dream otherwise, allow them obviously to dream.”

In a clear sign that Mnangagwa was not amenable to another ANC visit, the Zanu PF leader said he wanted to push for dialogue with local players.

“This morning, I was pleased to receive a delegation of Zimbabwe Heads of Christian Denominations which comprised the leadership of the Evangelical Fellowship of Zimbabwe, Catholic Bishops Conference, Zimbabwe Council of Churches and the indigenous churches,” he said.

“Dialogue must be encouraged throughout all sections of society. This is the culture of the second republic, of nation building, of peace, unity and love as we develop the Zimbabwe we all want.”

Ramaphosa, who is also the African Union chairman, has so far dispatched two teams after a hashtag #ZimbabweanLivesMatter highlighted human rights abuses ahead of the foiled July 31 protests which resulted in investigative journalist Hopewell Chin’ono and opposition Transform Zimbabwe leader Jacob Ngarivhume being arrested and spending 45 days in remand prison.
Several abductions were reported while a number of members of the opposition and activists were forced into hiding.

Speaking after the politburo meeting, Zanu PF acting spokesperson Patrick Chinamasa called on the ANC to rein in its senior members accused of distorting the resolutions made by the two parties at their recent meeting.

He said Zanu PF would be contacting the ANC with the view of asking them to put some of their members on leash.

“Politburo encouraged the ANC to rein in its errant elements who are communicating unfairly on our nation, contrary to what was agreed on and endorsed by the two parties in the communiqué,” Chinamasa said.

Upon returning to South Africa, some members of the ANC insisted that Zimbabwe was burning and in a political crisis which needed Ramaphosa’s intervention, statements Zanu PF has described as “unfair”.

Blade Dzimande, the Higher Education minister in South Africa, said denying that Zimbabwe was in a crisis was tantamount to denying self-evident truth.
The Nelson Chamisa-led MDC Alliance had pinned hope on South Africa taking a lead to broker a political solution to the crisis which has attracted global attention.
MDC Alliance vice-president Tendai Biti said the statements from Zanu PF were all false bravado, and insisted that dialogue would happen, saying they were happy with the involvement of South Africa.

“That is false bravado, we will find a solution to the political crisis in Zimbabwe way before 2023. They are facing a crisis of legitimacy and a crisis of delivery, a solution will be found,” Biti said.

But Chinamasa said: “Politburo agreed that the opposition’s happiness in creating drama and faking abductions as well as engaging in acts of provocations whenever there is an international event should be ignored.”

He said Zanu PF had, instead, already set its sights on winning the 2023 general elections, with Mnangagwa saying that was now the bagged prize.
“With 2023 elections in sight and our resounding and landslide victory imminent, let us remain unwavering in our revolutionary course by consistently strengthening and increasing our party membership base,” Mnangagwa said.