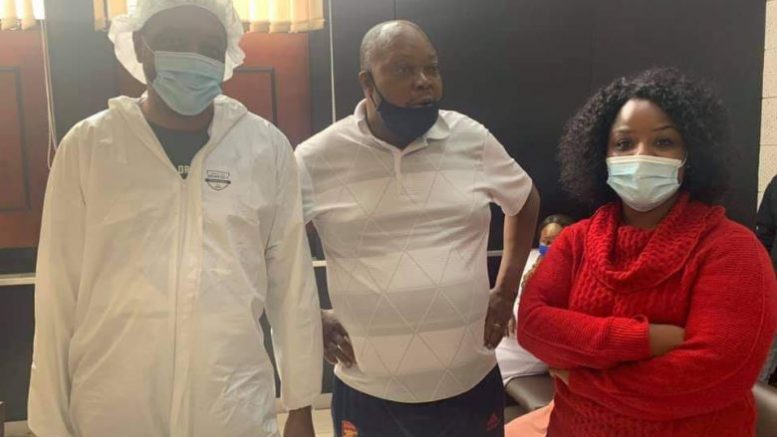 The Zimbabwe National Editors Forum (ZINEF), has condemned as arbitrary, the arrest of freelance journalist, Hopewell Chin’ono, which they say has no foundation at law, urging the police to be professional in the discharge of their duties.

Chin’ono was arrested last week at his home in Harare for allegedly publishing falsehoods and communicating false information prejudicial to the state.

His arrest followed a widely circulated video on social media in which a police officer is seen quarrelling amid pushing and shoving with a group of people accusing him of striking and killing a baby with a baton stick.

The mother of the baby is also seen grabbing the policeman, with people saying the police officer had killed the child.

Police have however said they later investigated and found out that the scuffle had indeed happened after the police officer had shattered a windscreen of a Kombi with the baton, resulting in the baby being hit by debris, but eventually the child did not die as initially feared by the mother and the crowd, and as later widely circulated by Chin’ono and others.

ZINEF said Section 31 (a) (iii) of the Criminal (Codification and Reform) Act under which Chin’ono was arrested and charged no longer exists.

“This part of the law has since been repealed; it no longer exists,” said ZINEF chairperson, Dumisani Muleya, in a statement.

Muleya further explained: “This means the police’s case against Chin’ono has no legal basis at all, not just because the law was repealed as it was unconstitutional, but also because the state – as the Constitutional Court ruled – cannot appoint itself and arrogate itself powers of being a monitor of truth. That is not the function of the state. A state cannot and should not behave like an unruly class monitor – or bully – harassing journalists and citizens, prescribing to them what is true out there and what is not.”

He said while journalists must always verify their stories first before publishing that cannot be a pretext for police to arrest them arbitrarily and outside the law.

“By arresting Chin’ono and other journalists arbitrarily, the Zimbabwean state will be   contravening not just its own constitution, but also the African Charter for Human Rights, in particular Article 6 and Article 14, which Zimbabwe signed and ratified,” said Muleya

The ZINEF chairperson said by arresting and harassing journalists, the government was not only inflicting pain on the media practitioners concerned and sending a chilling effect across the media landscape, but also damaging its own image irreparably in the process.

“There is nothing to be achieved and gained by arresting journalists and indeed citizens in general, except damaging government’s reputation and making Zimbabwe appear like an authoritarian, rogue state,” said Muleya.

How does pointing out the Zimbabwe regime’s unmitigated failures equate to denigrating one’s country?