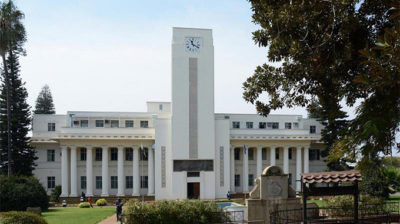 BULAWAYO City Council (BCC) has applauded its residents for paying their bills amid indications that the local authority was now collecting 70% of the total billing, the council minutes show.

According to the council’s finance and development committee report, the city’s revenue collection had improved, meaning the council was now be able to improve its service delivery.

“The committee considered the matter and Councillor Silas Chigora was concerned about service delivery. Improved cash flows should also indicate improvements in terms of service delivery. Council was now collecting 70% of the total billing. He (Chigora) mentioned that community groups had not been paid for the last five months,” the minutes read in part.

“The mayor (Solomon Mguni) applauded the residents for paying their bills. Revenue collection has improved and service delivery on the ground should improve.”

BCC, whose vision is to become a smart and transformative city by 2024, is failing to offer efficient services as seen by collapsing water and sewer infrastructure, failure to fix the roads and collect waste.

In some high-density suburbs, incidences of raw sewer flowing into people’s homes are rampant, exposing residents to diseases.

Roads are in a sorry state with gaping potholes, increasing the cost of vehicle maintenance for motorists while solid waste is left uncollected for several days, also increasing the risk of disease outbreaks.

According to the report, finance and development committee chairperson Tawanda Ruzive noted that almost 98% of the total income had been allocated to the engineering services department.

In response, financial director Kimpton Ndimande said few capital equipment had been acquired and there would be improved service delivery in the near future.

“Acquisition of equipment was a very long process as it relied on borrowing capital funds. Council was trying to balance up the ratio between service delivery and staff remuneration,” Ndimande said.

Council was looking forward to acquiring a JCB excavator, a grader and 15 motor vehicles.

Chamber secretary Sikhangele Zhou advised that as revenue collection improved, more resources would be allocated to service delivery as the salary arrears had been cleared.

Considerations for hiring contract labourers to clear the outstanding sewer blockages were being made to complement the work of contractors who were already on the ground, she said.