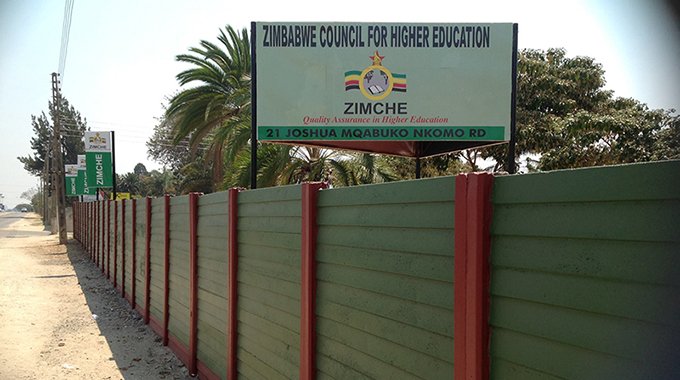 THE chief operations officer of the regulator that supervises higher education, the Zimbabwe Council of Higher Education (Zimche), had just one O Level pass although reportedly produced fake certificates saying she had five O Levels plus tertiary qualifications.

The embarrassed education quality regulator and Mrs Florence Chimbumu have now parted company, although it is unknown if she resigned or was fired, after Zimche found via Zimsec that she had just one O Level and the Higher Examination Council (Hexco) dismissed her tertiary qualifications as fake. She was caught out by the Zimche internal auditor who did the checks normally done before hiring by human resources officers.

An internal memorandum circulated at Zimche informing other staff of Mrs Chimbumu’s departure was vague and only stated she was no longer on the staff.

“This memo serves to inform that Mrs F Chimbumu is no longer a member of staff of the Zimche.

“Let me take this opportunity to thank her for the contribution that she made to the Zimche and we wish her well in her future endeavours.

“By copy of this memo, may I kindly request the director ICT to disconnect her Outlook account as well as her Microsoft Teams account,” reads the memorandum.

Zimche has since reported the fraud to Borrowdale Police Station under RRB 458 9132/2020 and investigations are underway.

National police spokesperson Assistant Commissioner Paul Nyathi confirmed receiving the report, saying the suspect had not yet been arrested.

“I can confirm that a police report was made to the effect that the suspect used fake or doctored educational qualifications to get a job.

“We are currently investigating a case of suspected fraud although the suspect has not yet been picked up,” said Asst Comm Nyathi.

Zimche internal auditor Mr Takwana Mangwende, who noticed the anomalies and verified with Zimsec and Hexco, was summoned to Borrowdale Police Station to assist with investigations.

Higher and Tertiary Education Minister Professor Amon Murwira said the ministry was carrying out a quality control exercise to weed out those underqualified for their jobs but refused to comment on Mrs Chimbumu’s case.

“I cannot comment on an individual because we are carrying out a skills audit to ensure quality control in the ministry. All employees are being audited and we will release a comprehensive report once we are done with the exercise,” said Prof Murwira.

Sources at Zimche said Mrs Chimbumu’s case came to light when the internal audit department recently asked all staff to submit copies of their academic and professional qualifications.

“The internal auditor, Mr Mangwende, asked all of us to submit copies of our educational and professional certificates for vetting. During that exercise, the auditors noticed some anomalies on Mrs Chimbumu’s qualifications before sending the Ordinary Level certificate for verification at Zimsec.

“Another suspicious Hexco qualification was also sent for verification and both papers turned out to be fake,” said the source.

A Zimche committee on risk and audit recommended criminal investigations.

Sources said Mrs Chimbumu panicked and tendered her resignation letter to Zimche but the human resources department, after consultation with legal experts, went on to suspend her. She wanted to go on leave pending resignation in December this year.

In a sudden turn of events, she finally left the organisation yesterday.

“Our human resources department will comment on the case. Talk to Mrs Nyakurerwa,” he said.

Mrs Nyakurerwa asked for an email message, which she never responded to.

“I saw your mail but I will forward it to the public relations department,” she said.

The public relations department did not respond to the questions and the director, Mr Jonathan Gandari’s phone went unanswered.

The recent restructuring saw the recruitment of 11 new managers, creating a management-rich organogram.

The new positions included two chief directors, directors of finance, audit, admin, information and communications technology (ICT) and chief operations officer among other positions in addition to the other managers already in post.

The new appointees assumed duty on January 6, 2020, after being selected in interviews conducted in November last year.