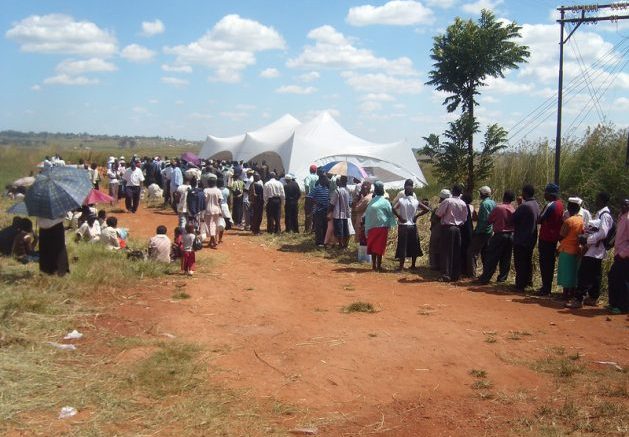 Source: Ahead of elections, Zim authorities intensify onslaught against dissent

ZIMBABWEAN authorities have arrested a Bindura man and charged him with insulting President Emmerson Mnangagwa after he allegedly denounced the ZANU PF party leader. 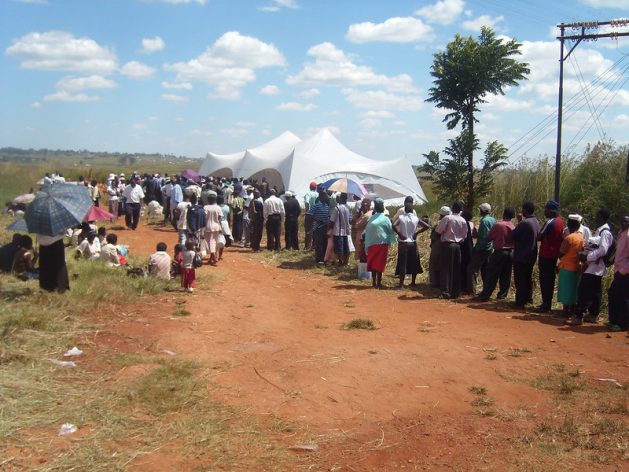 28 year-old Tinashe Evans Wille, a resident of Chiwaridzo suburb in
Bindura in Mashonaland Central province was arrested on 13 October
2022 and charged with undermining authority of or insulting President
Mnangagwa as defined in section 33(2)(b) of the Criminal Law
(Codification and Reform) Act.
In court, prosecutor Sheila Maribha, alleged that Wille acted
unlawfully on 7 October 2022 when he shouted at three ZANU PF party
supporters namely Amos Kamuchenje, Munyaradzi Hove, Clemence Chega and
Andrew Chirikure, who were walking in the high-density suburb while
mobilising people to attend a ruling party political meeting scheduled
for 8 October 2022 at Chiwaridzo Primary School in Bindura.

Wille is alleged to have uttered the words; “Pasi ne ZANU PF,
Mnangagwa imbwa” which the state translated to mean “Down with ZANU
PF, Mnangagwa is a dog” before chasing away the trio of Kamuchenje,
Hove, Chega and Chirikure.

For allegedly committing the crime, Wille spent two nights in police
detention before appearing in court on Saturday 15 October 2022, when
he was released on ZWL30 000 bail after his lawyer Ernest Jena of
Zimbabwe Lawyers for Human Rights convinced the court to set him free.

As part of his bail conditions, Wille was also ordered to report once
every week at Chiwaridzo Police Station and not to interfere with
state witnesses and evidence until the finalisation of his matter.

Wille is the latest person among dozens of people who in recent years
and months have been arrested and prosecuted for undermining authority
of or insulting President Mnangagwa as Zimbabwean authorities
intensify an onslaught against dissent targeting perceived critics of
the 80 year-old ZANU PF party leader ahead of general elections
scheduled for 2023.

Teachers in leg irons in a beautiful Zimbabwe