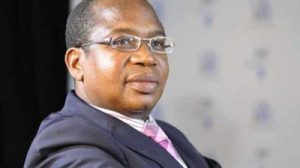 PRE-BUDGET consultations for the 2021 national budget will be done virtually, Finance minister Mthuli Ncube has said.

Addressing Senate on Wednesday during debate on the Finance 2020 Bill which seeks to give effect to the fiscal measures that he announced recently through the 2020 mid-year review statement, Ncube said pre-budget meetings would be virtual to curb the spread of COVID-19.

The move will come as a relief to the taxpayers who had over the years complained over government’s excessive spending on MPs’ pre-budget retreats.

In November last year, during the pre-budget seminar for MPs on the 2020 national budget, government blew millions of dollars in air travel, fuel, allowances and accommodation for five days at the lavish five-star Elephant Hills Hotel which charged US$248 per night.

The jaunt attracted public anger as it came at a time doctors were on strike demanding better salaries.

The budget consultations also took place on the backdrop of Ncube’s austerity measures where, through his transitional stabilisation programme document, he had promised to cut government expenditure, including travel and other lavish spending.

“So, if there is still need that perhaps in order to restore the value of incomes, thresholds need to be increased and so forth, I would suggest that the next budget is in two months’ time,” Ncube said.

Senators urged Ncube to raise the $5 000 tax-free threshold as inflation was eroding workers’ salaries, as well as extend the payment of the civil servants’ US$75 COVID-19 allowances beyond December.

“My desire this time was to give everyone just a relief, for now $5 000, and in another two months we will be back here considering the 2021 budget in the month of November.

“As I speak, we are continuing to engage civil servants in terms of the salary reviews. We are in hot pursuit over that issue and I am confident that we will reach some resolution soon and we will improve the standard of living and the incomes for our civil servants,” he said.

On extending the US$75 COVID-19 allowances beyond December 2020, Ncube said: “We do not want to make that decision right now; we still have a budget process that senators will participate in and contribute towards.

My suspension a ploy to victimise me: Justice Ndewere